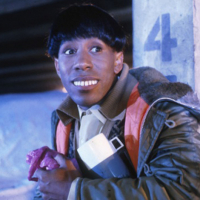 Ðµåñë Ð¡ßß£êý ✭✭
December 2019 in Make It So!
One thing that really annoys me about arena ranking:

I can spend 99% of the day in the top 1% of an arena division, only to get knocked into the top 5% in the last half hour of the "day" (which occurs AFTER reset), and thus get bumped down to a lower amount of schematics received.

It would be nice if there was a rule like the NFL has for "forward progress" where a captain gets schematics in arena based on the highest rank they achieve in the division during the "day".

Barring that, how abut actually making an incentive for getting #1 overall in arena? There have been days I've hit #1 2 ,3 , 4 times, only to find myself collecting 100 instead of 120 schematics the next day, because I'm unable to stay up until 1am when arena finally decides to reset. I feel if you hit #1 in arena on any given day, you should automatically receive the highest tier of schematics the following day. Ideally getting #1 should add an additional incentive like getting top tier schematics + 10.
5