Jhamel ✭✭✭✭✭
January 2020 edited January 2020 in Engineering Room
I saw a screenshot of a mirror match Armus against Armus where the attacking Armus didn't get any points for the second skill (SCI), only for the first skill (CMD). In the discussion, it was posted that if the defender freezes his gauntlettist after setup, this will always happen to the attacker.

If that's true, it's a huge issue. Freezing and unfreezing only costs a few Merits a day. With this, defending a 1st place after cashing in Merits or Dilithium is a lot easier, because the attacker will almost certainly lose. 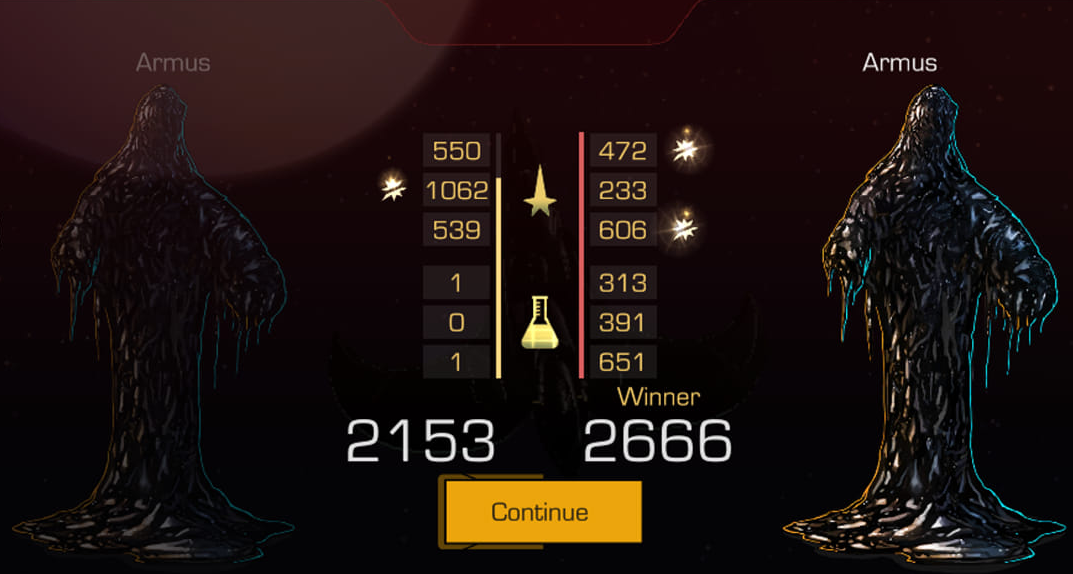