How to: Populating CMD/MED and ENG/MED (the difficult ones) Voyages

RaraRacing ✭✭✭✭✭
September 2020 edited September 2020 in Ready Room
With the recent addition of Nona to the crew pool, there was some oh-ah-ing for her potential use in CMD/MED voyages ... because hey look, she has those two skills. Without going into too much detail (i.e. none) ... she's not worth investing in for that voyage combo ...

This will also give us an indication of where we need to improve our crew and hence why crew like Nona are not worth the investment when looking at CMD/MED voyage use ... here goes (it took me a while to get this voyage skill combo - I wrote the intro a long time ago).

MED/CMD - A base case for all players 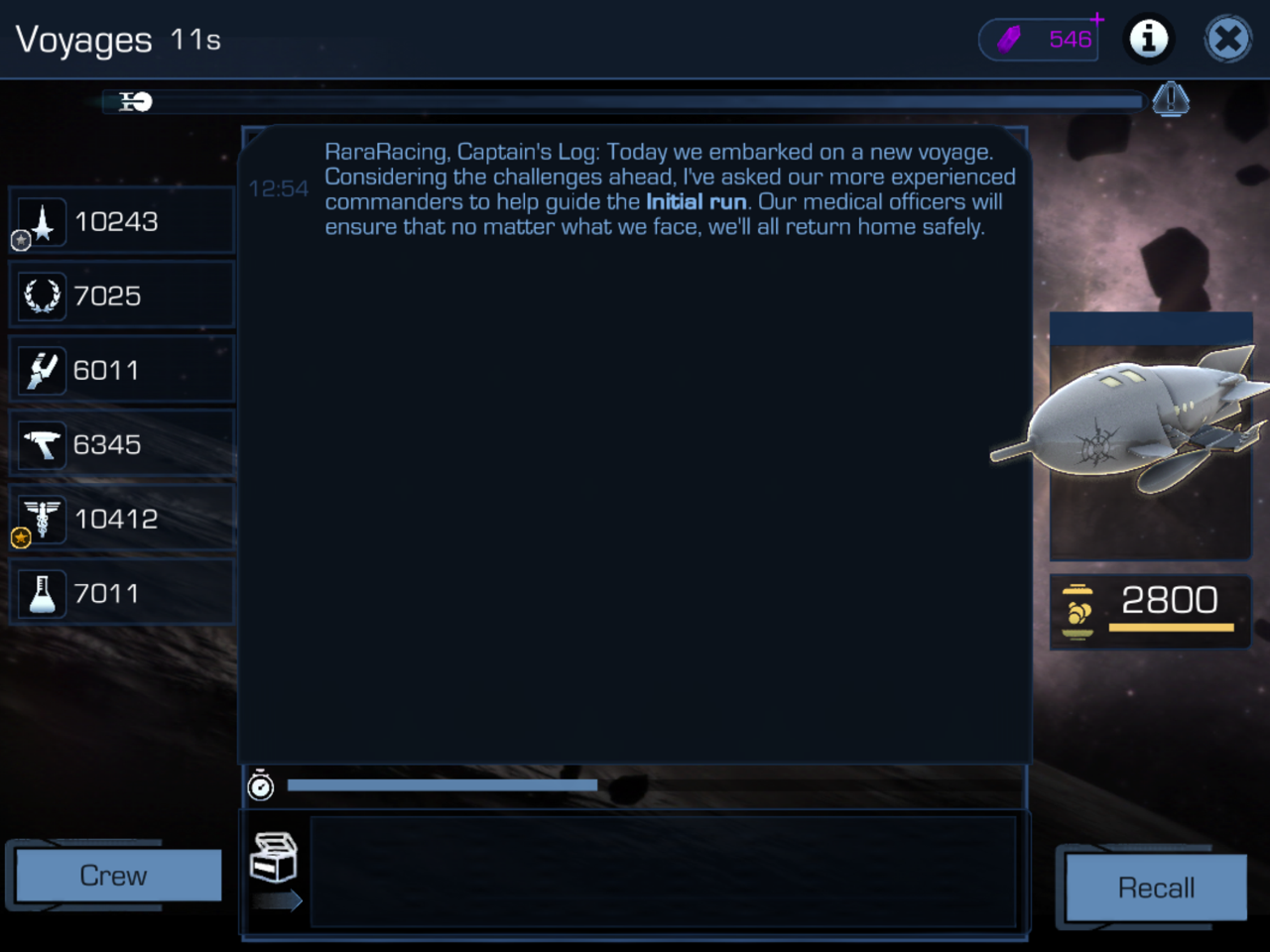 * indicates AM bonus.
The crew in bold have been/are available to all ... I've tried to use as many of those as possible, 9 of 12 seems pretty decent and it could have been higher with Qod for T'Pol and La Forge with Ru'afo without much difference to estimated voyage time (I only realised the possible subs later, oops).
Granted, Seven you need to be lucky for and Data you needed to put €10 into the game (or be lucky through a pull).

Notes
- Using the voyage estimator, it gives over 9 1/2 hrs at 90% probability ... but 10 hrs is 3% ... that's massive and should make everyone smile, because basically I've used crew available to all, so even you can get this no problem.

- So, how to improve this base voyage? I'd normally run the likes of Pollard, Warship EA and Reverend Phlox or Prince Bashir and slide into an easy 10 hrs.
The crew that don't have either MED or CMD as their main but are in there to boost total stats are La Forge and Neelix ...

b) I can't actually sub out La Forge! Because I don't have anyone better ... I don't own any crew that have CMD, ENG and MED, so adding in a crew with better CMD (Braxton 2/5) would lopside the voyage slightly to the second featured skill, so I'd have to shuffle rather than straight swap.
--> I could shuffle and put the Borg Queen in the ENG seat, which would open up a DIP slot I could easily fill, or move Seven/Reno over and put Pollard in her MED seat ... this second option would lopside my voyage even more to MED, but together with (a) would get MED over 11k by a bunch, CMD would be at 11k, ENG would drop substantially, and SCI would remain equal.

For that reason, in this set-up, I might go for ...
The DIP options are many, but the point there is I'd like the MED and CMD scores to be close for that crew because there are already well balanced ... so if I put a MED main and CMD tertiary (or other way around) in, I'm making my scores too lopsided, so I need someone like Reverend Phlox or Captain Beverly or maybe an option like Merry Men Troi or Gloria or Humbled Archer? For those last three, the higher the tertiary skill score the better, which means Humbled Archer would get the first choice if I had him immortal (have him 1/5).

And so ... we kinda start to see how the likes of Nona are not that much of an improvement to a crew selection that you can already almost get 10 hrs for. A player is better off investing citations into crew like Pollard or Reverend Phlox (or Captain Beverly and Warship EMA) to fill a specific gap.

So, again ... I've tried to use crew who have been (readily) available to all, though I did miss a couple of easy subs (oops) ... to give an indication of what a base-case voyage for CMD/MED for a good portion of players could be. I'll do the same for ENG/MED when that combo comes up.
1