Commander Sinclair ✭✭✭✭✭
November 2020 in Make It So!
After the last 2 weeks of Timelines Talks going on about the Portal dilution, I thought of a way to help that.

I would guess that Arena is pretty much an afterthought for most players, just do the minimum 5 for the dailies and forget about it. (or some don't even bother!)

How about you MOVE maybe 50-75 (or more) of the older Gold Crew (and maybe a handful of the newer ones for "Arena Only"?), and maybe 40-50 purple crew to the Arena for rank rewards? You would achieve Arena Portal tokens based on daily score. Don't make the Arena Portal accessible via Dilithium directly, only tokens. Maybe 1 gold added (moved) to Arena portal per month for Admiral division, 1 purple for Captain Division.
This would be in addition to the schematics reward.

Use the same distribution for Commander Division, but just using Basic Rewards Portal instead?

This would give players a reason to spend a little dil on Arena again. Win-win for everyone? 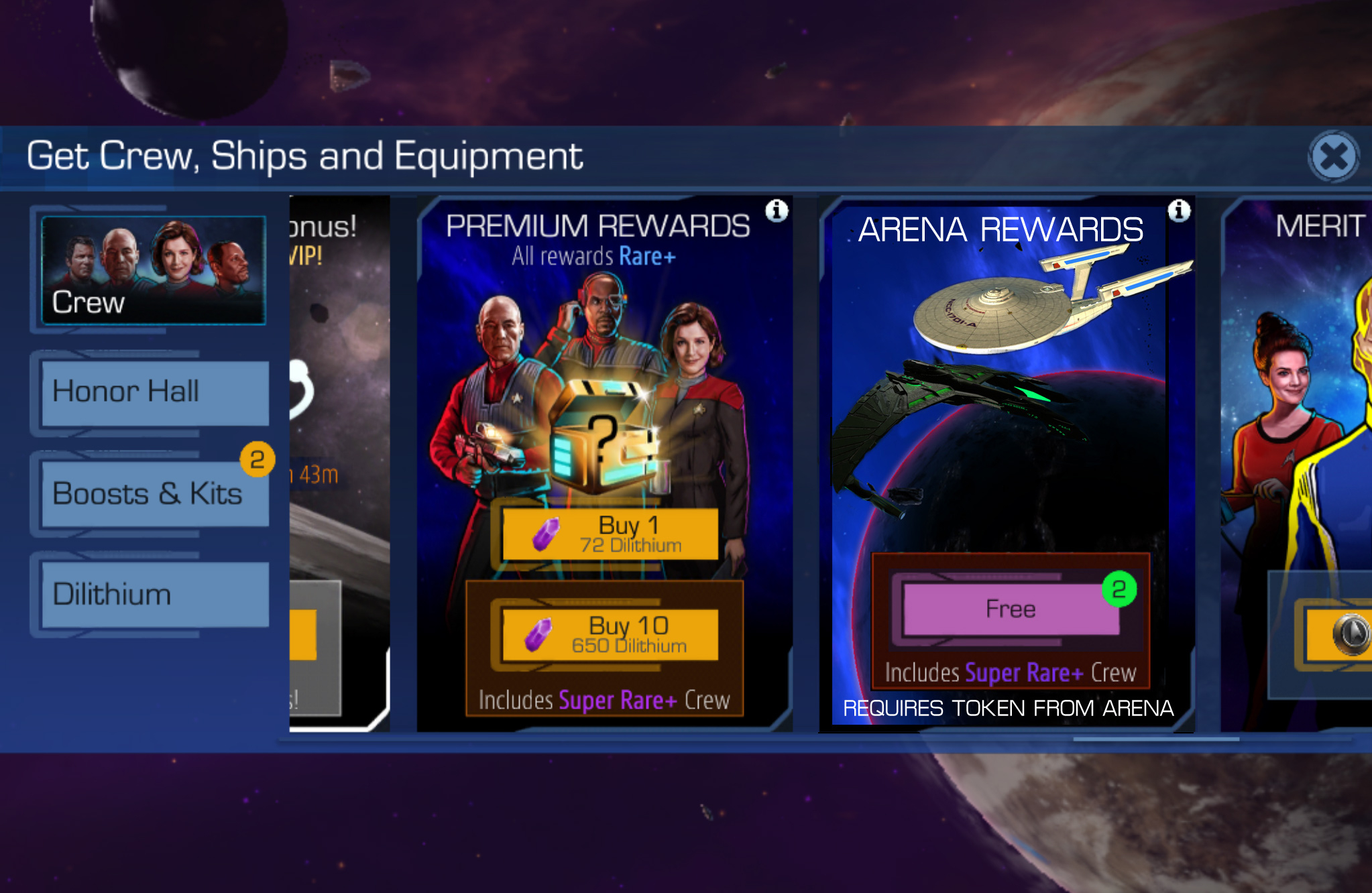 What do you all think?
I want to become a Dilionaire...
6