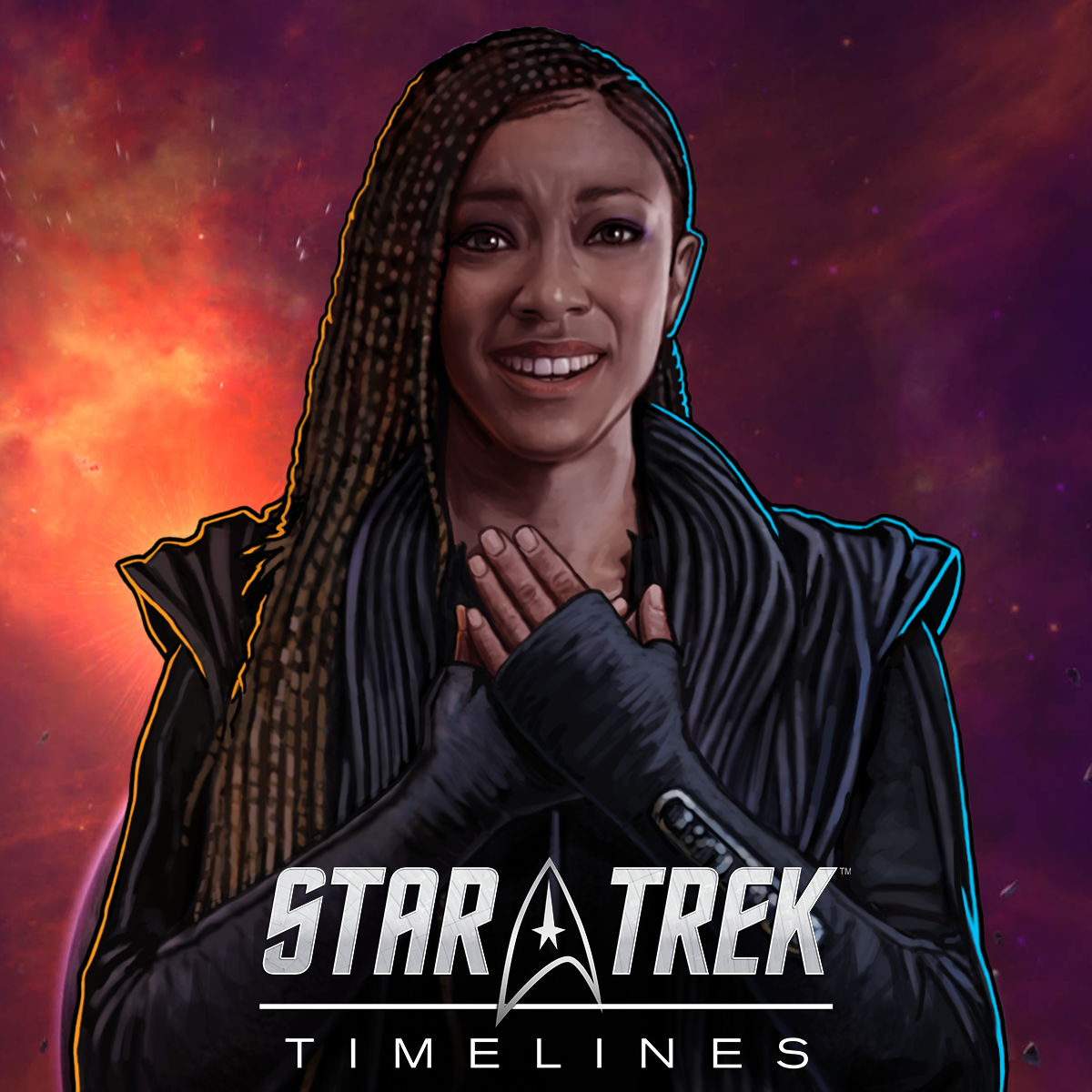 It is time to announce our December Mega-Event: The Cosmic Divide.

Time travel comes with many consequences. The chaos of the temporal anomaly crisis has made this all too clear, but also masked certain physical consequences from coming to light--until now. Work with members of Discovery’s crew to learn the truth, save countless lives, and prevent the Orion Syndicate and an empress of the Mirror Universe from taking advantage.

The Cosmic Divide mega-event will span over four weeks, for each event the recurrent bonus trait will be “Mirror Universe”. The recurrent threshold reward will be a brand new variant of Michael Burnham: Courier Burnham, as seen in the beginning of Star Trek:Discovery Season 3!

Don’t forget that the first three events will also offer bonus accolades in threshold rewards, to be used for the “Let It Snow” campaign and its additional 20 tiers!

Thank you for playing,