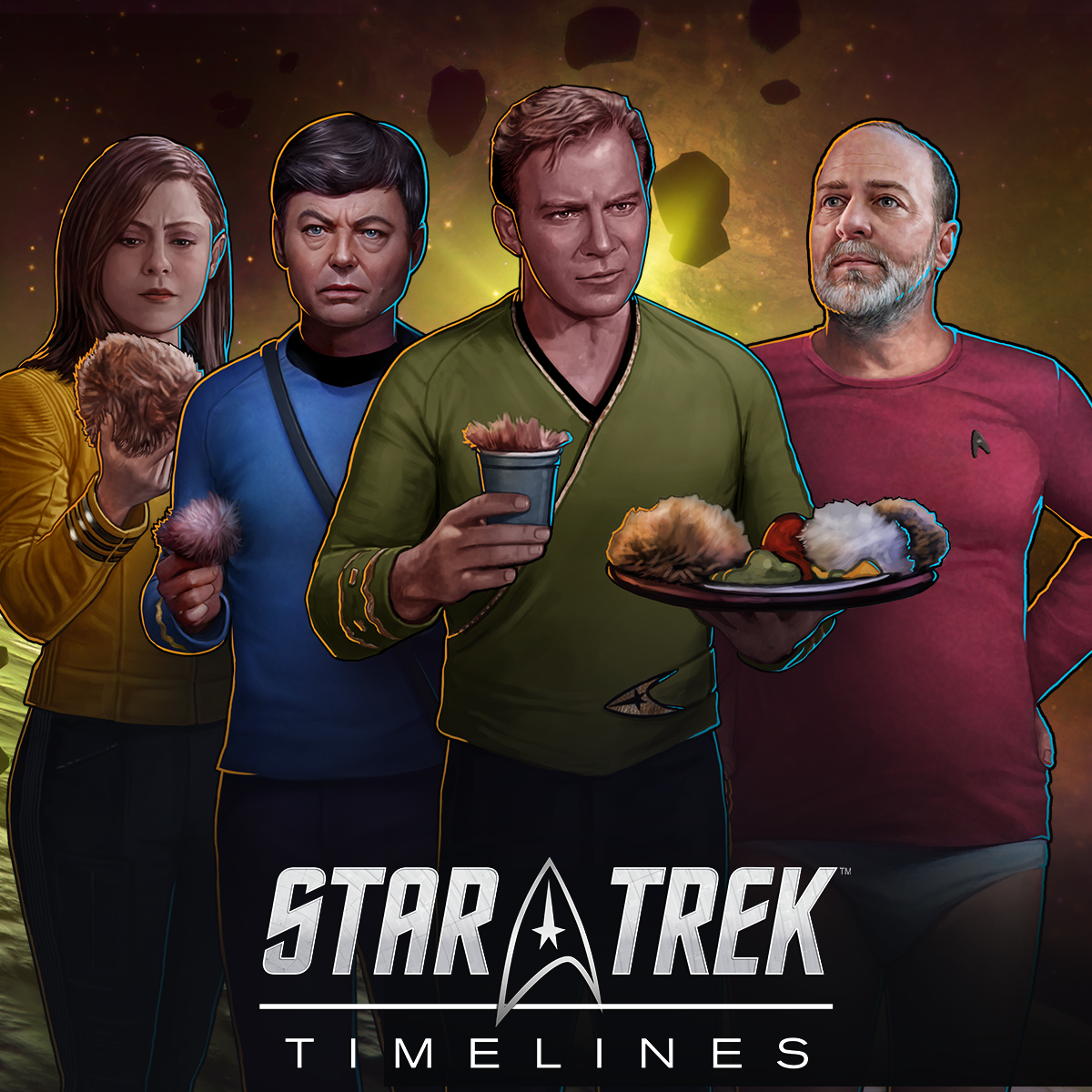 Another version of Edward Larkin is again trying to promote tribbles as the solution to all of the galaxy’s problems--specifically, the temporal anomaly crisis. Kirk and Lucero aren’t entirely certain what Larkin plans to do, but McCoy has already had him declared insane and unfit for duty, so it’s just a matter of capturing him and his mountain of tribbles before he can act.

Ranked reward 5* crew: Tribble Uhura (New) - this crew will be featured event crew in the event starting on 08/05.