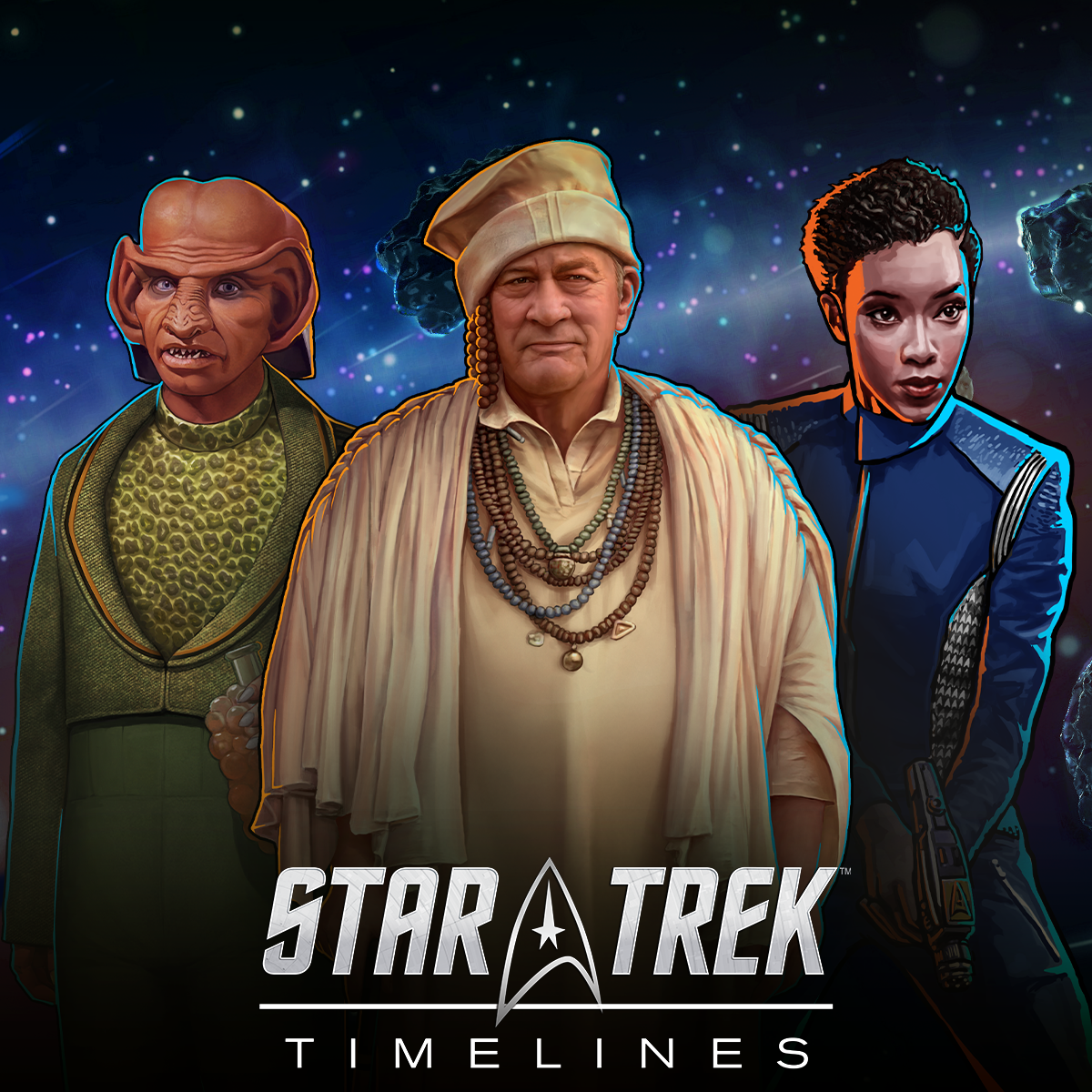 With the revelation that the planet’s fantasies are self-generated and that Luau Q is being used as its avatar, Starfleet is desperate for a resolution before the planet attempts to deploy another of its holographic fantasies into space. However, running parallel to discussions of how to deal with the sentient “dream machine” comes the question of what to do with the planet itself, a question which threatens to escalate tensions among several powerful factions.

Ranked reward 5* crew: Wrathful Kirk (Existing) - this crew will be featured event crew in the event starting on 11/04.