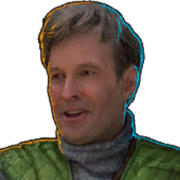 Kanon ✭✭✭✭✭
September 26 in Ready Room
Hi everyone. Allow me to share a tool I made around the time FBB started, and I've been trying since then with good results

It's not pretty, I have a tendency to favor functionality over aesthetics, so it might get a little time to get used to. Also, it gradually went from something simple that was pretty self explanatory to something a little more complex and I might have neglected labels and tooltips needed to understand funtionality, please let me know if you notice something that can be improved in that regard.

Go to the bottom, and use the buttons with the desired difficuly, this will open a new tab with json data about the boss battle.

Copy the json data into the text area

This will import all the needed data to process possible crew to solve the nodes. 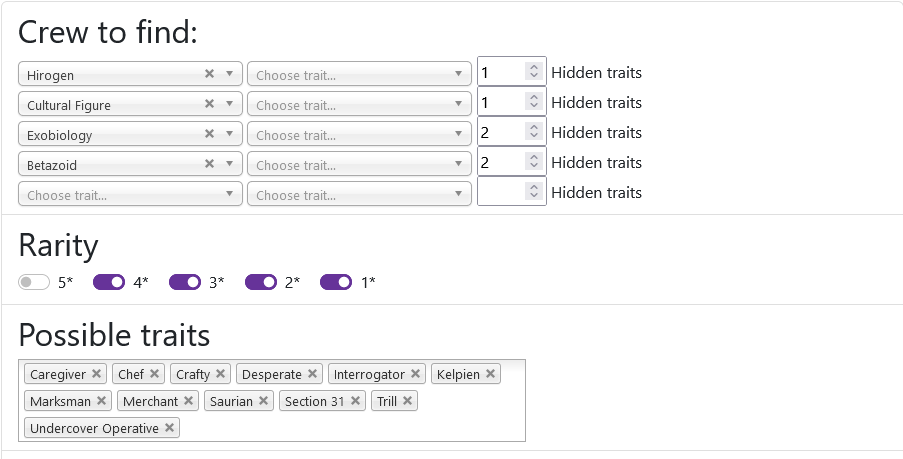 Add crew to the "Exclude crew list" that you already tried, to keep track of you progress and shorten the lists

There are four tabs in the results, the first one is the full list of possibilities for all the nodes 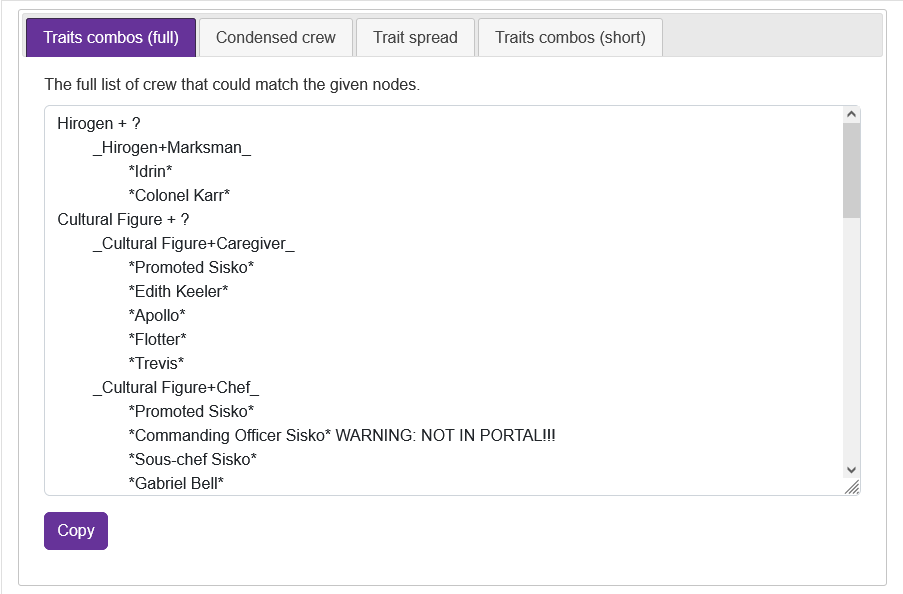 Second, a list with grouped crew, and the % chance of solving that node (this is tipically the most useful list, as it gives a quick glance at the better crew to go for, and it excludes nodes that can only be solved with crew not in the time portal) 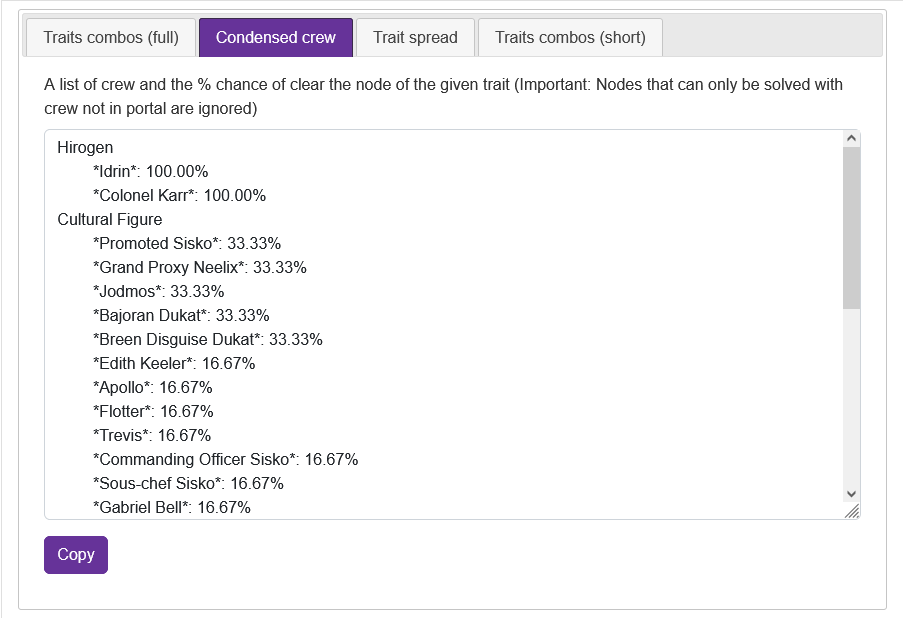 Ignore the third tab, is for the deprecated funcionality that allowed to solve node combining traits from several crew

The fourth tab is like the first one, but filtering nodes that include crew in the "exclude crew" box, or nodes that can only be solved with crew not in the portal) 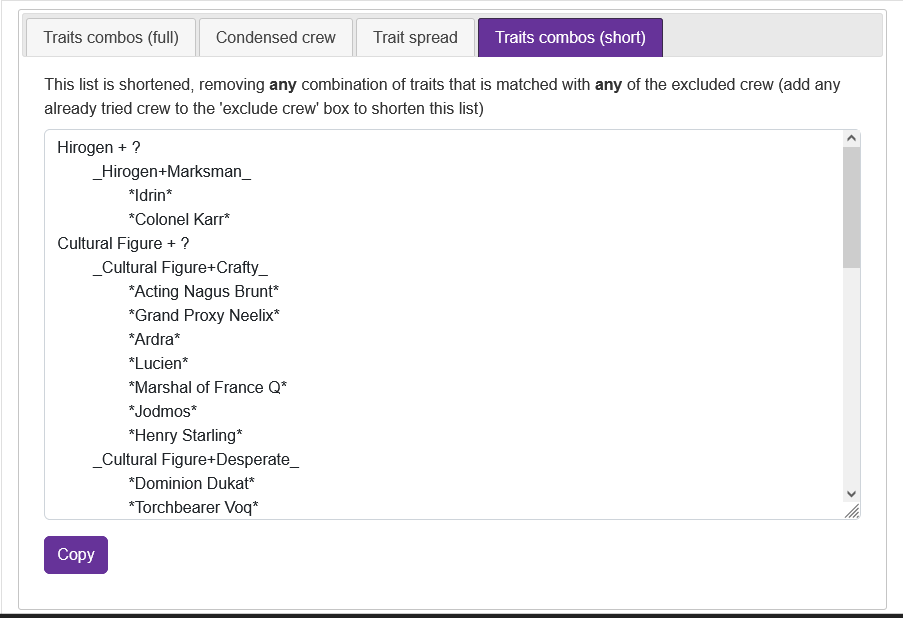 That's `pretty much it. The rest of the controls are for manually change the combochain information, (open traits, number of hidden traits, rarity of crew, possible traits) I you just use the import functionality, there is no need to alter anything

As you solve nodes, you can import again, and the information will be updated. Excluded crew will remail there unless the combochain changes (different boss, or different chain)