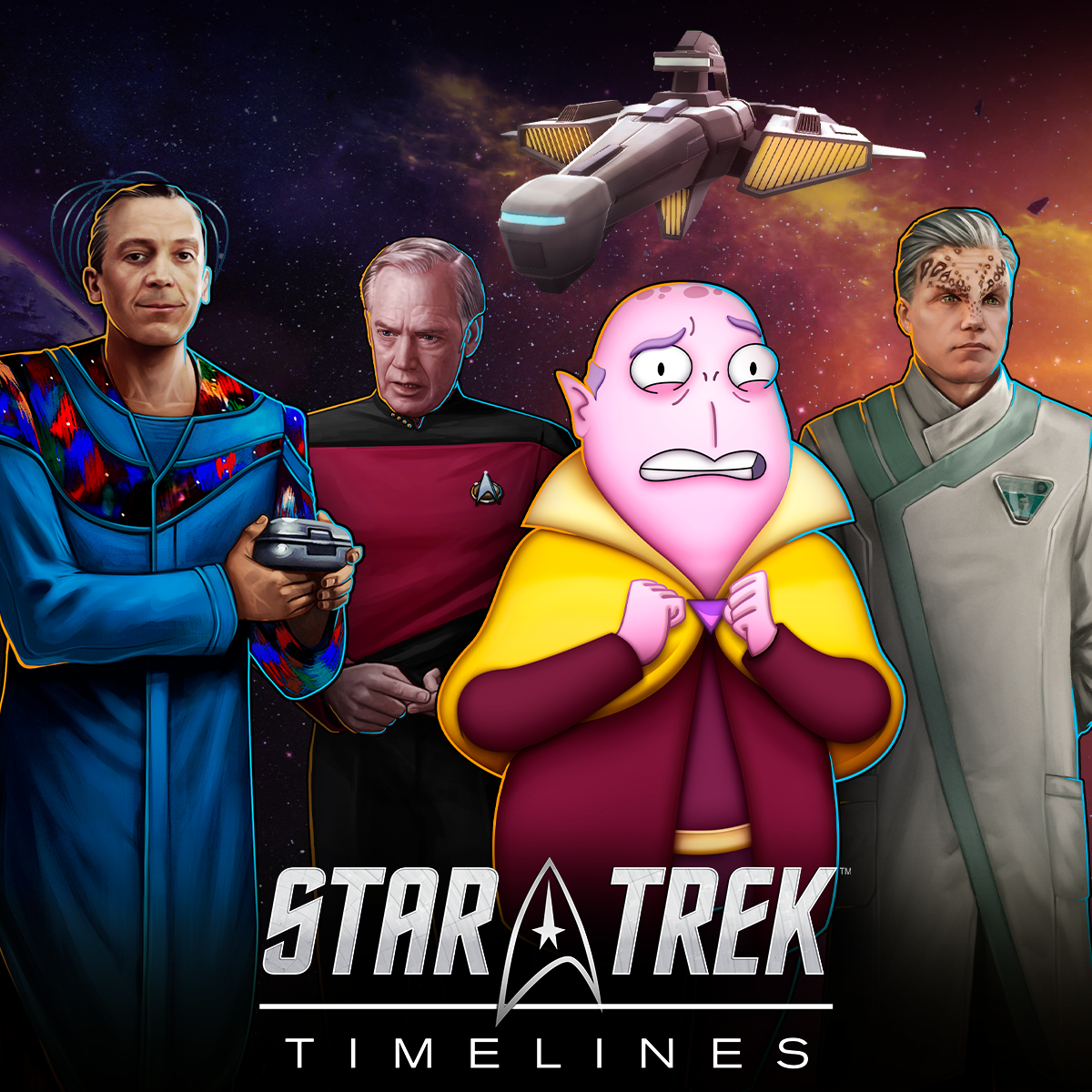 While the Cerritos crew is entertaining several Sikarians with stories of their (mis)adventures, one of the Sikarian ships goes missing. The ship quickly begins taking advantage of the Sikarian technology that enables them to “fold” space, but the pilot’s inexperience is having serious repercussions. Recover the ship and put an end to this misadventure!

Ranked reward 5* crew: Breakthrough Booker 5* (New) - this crew will be featured event crew in the event starting on 10/20.