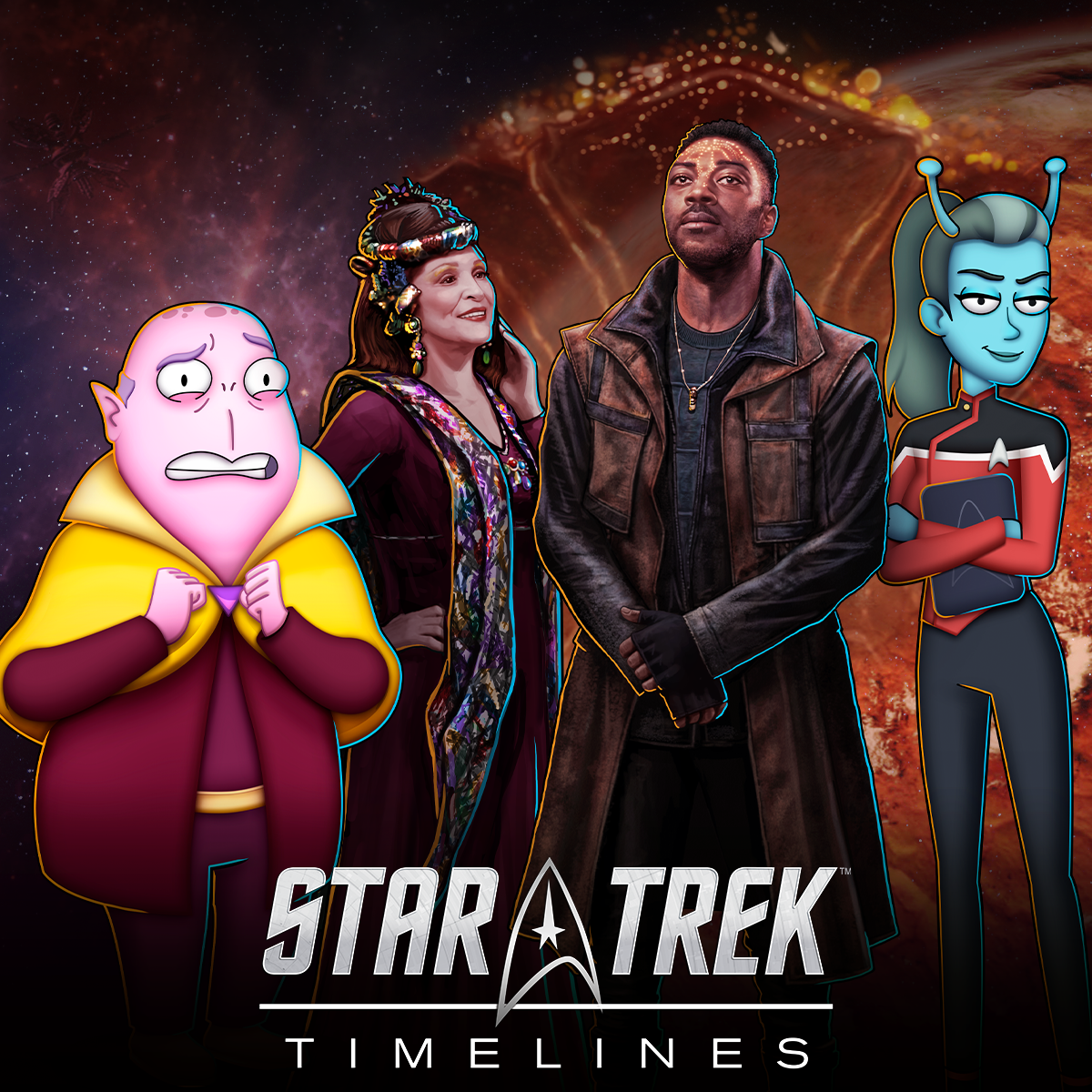 Hearing of the Cerritos’ efforts, Lwaxana Troi decides to “offer” her help. The result is an attempt to speed up the second contact missions, culminating in a diplomatic dinner to be held aboard the Cerritos. But a strange phenomena working its way through the ship could spell disaster for these nascent diplomatic relations.

Ranked reward 5* crew: Captain Vasso L’Gaelia 5* (New) - this crew will be featured event crew in the event starting on 10/27.