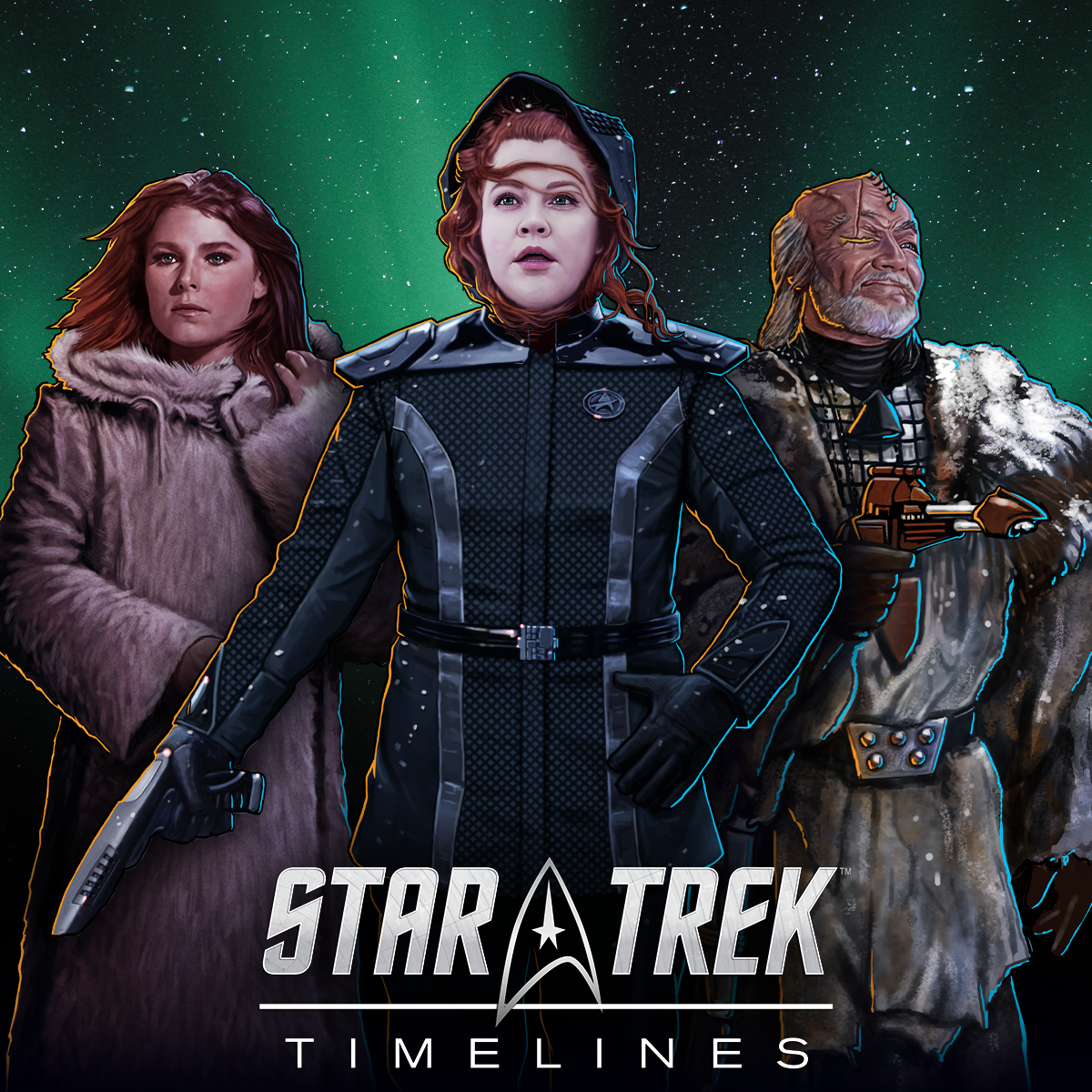 Our next campaign is titled “Staying Warm” and will feature: Rura Penthe Commandant 5*, Zarabeth 4*, and the brand new Daring Tilly 5*!

The last reward of the Ultimate track will be an exclusive wintery avatar.

You have one week left to complete the “Another Perspective” campaign!

Update about our next update, v9.2.0.
We know a lot of you are eagerly awaiting this update as it will contain the requested change to lock Fleet Boss Battles Start to Admirals and Officers only.

We were hoping to be able to release 9.2.0 before the end of the year, that will unfortunately not be possible. That update will also contain an engine update, and these things always take longer than originally planned.

We’ll share more information soon on what 9.2.0 will contain.

This is currently scheduled for Tuesday November 29 around 11:00 UTC (6am ET), the game will go offline for approximately 1 hour. Compensation in the form of Chronitons and 1x Voyage Revival token will be sent out afterward.

We’re wishing a very Happy Thanksgiving to all who are celebrating this week, on our end we are very thankful to have you be part of our community.

Thank you for playing,