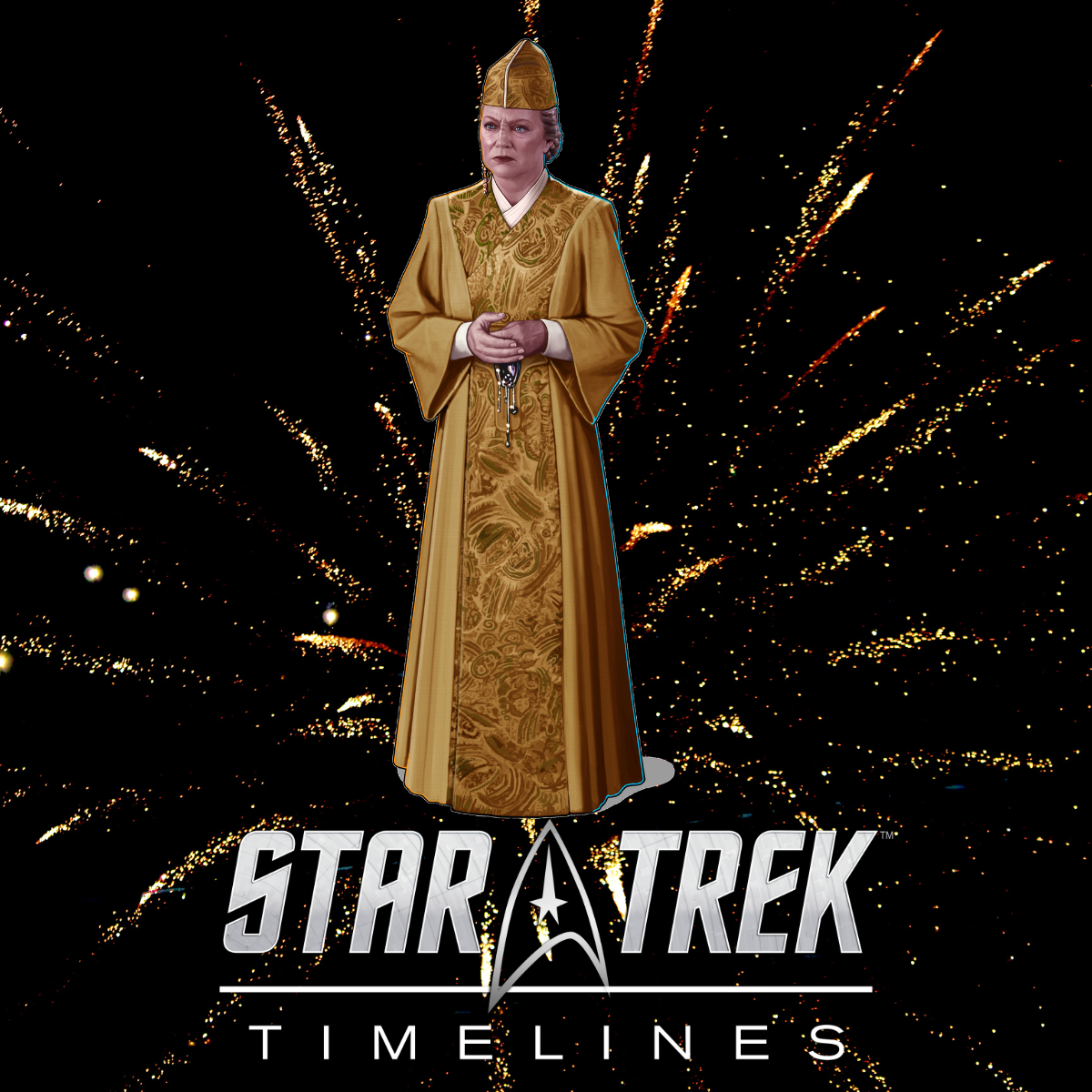 As you may know we had issues with our in-game mail system that prevented us from sending weekly emails, including the New Year’s gift we had prepared.
This is now resolved hourray!

However, for our New Year’s gift we’ve decided to make it a special free pack instead. Starting tomorrow, January 10, around 17:00 UTC (noon ET) you will find it in the Time Portal where it will be available for a week, until Tuesday January 17.

The whole Star Trek Timelines and Wicked Realm Games team wishes you a new year full of joy and prosperity!

On top of our anniversary we’re also celebrating 30 years of DS9 this year. To commemorate both occasions, and Louise Fletcher’s impact on the series, we’re introducing a new crew to the game, Kai Winn.

Kai Winn will be made available via a free pack in the Time Portal, and you’ll be able to participate in a month-long Objective Event to gain additional copies.

The pack will be available until Tuesday, February 7, around 17:00 UTC (noon ET), the accompanying Objective Event will run until Tuesday February 7 at 5:00 UTC (12:00am ET).

Thank you for being part of our community, and for your continued support.


The STAR TREK TIMELINES Team
5
Sign In or Register to comment.
Hey! You will be signed out in 60 seconds due to inactivity. Click here to continue using the site.