Banjo1012 ✭✭✭✭✭
January 2018 in Make It So!
There is a tertiary voyage skill, one that pops up more often than the four sub skills, I believe it’s 12% to the others 7%. It would be nice to know that skill. Maybe squeeze a few more minutes out of a voyage. During non-event days my main goal is seeing how long I can get a voyage. Knowing that skill could help. This is my best so far but I admit I still may not have mastered how best to staff for it 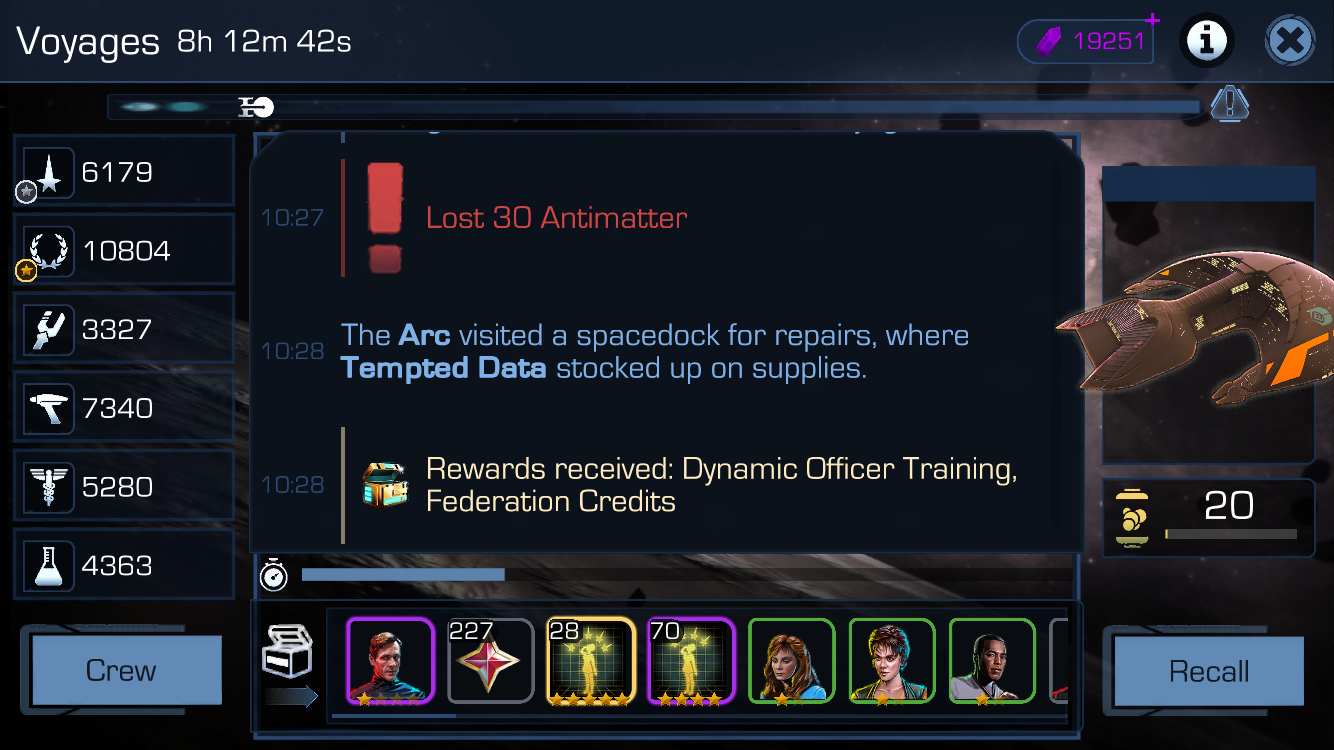