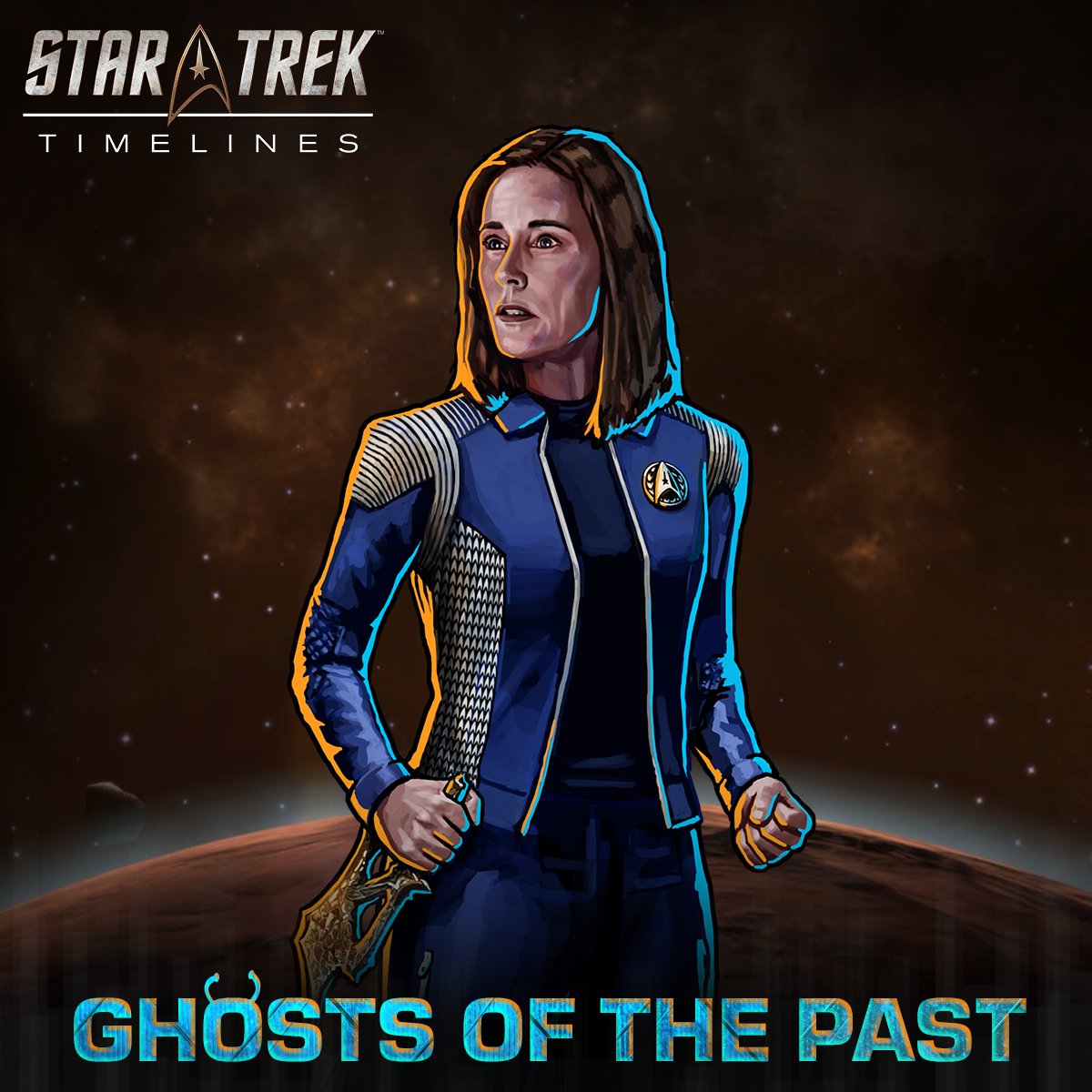 The crew of the U.S.S. Discovery was enjoying a reception in their honor on the restored Vulcan world of Paan Mokar until the affair was interrupted by hostile force of Andorians. Aiming to retake the planet, a group led by the fierce and passionate Tarah – a former member of the Andorian Imperial Guard – took the entire reception hostage.

Starfleet needs you to uncover the truth behind who is trying to reignite the feud between Vulcans and Andorians, save the Discovery along with her crew, and fight for peace in the month-long Mega-Event, "Ghosts of the Past!"


STAR TREK TIMELINES is proud to announce its latest Andorian and Discovery-themed Mega-event, “Ghosts of the Past.” Over the course of four events, players will uncover the powers at work behind the Andorian aggressors, meet new crew from across the Star Trek universe, and by playing in the weekly events they can recruit Star Trek: Discovery’s Vice-Admiral Katrina Cornwell!

Check out the schedule of events featured in the “Ghosts of the Past” Mega-Event:

Let's make it so!