Guinan is so awesome, her min prof roll is higher than her max prof roll

Chewable C++ ✭✭✭
March 2018 in Past Anomalies
Look at the MED stat! 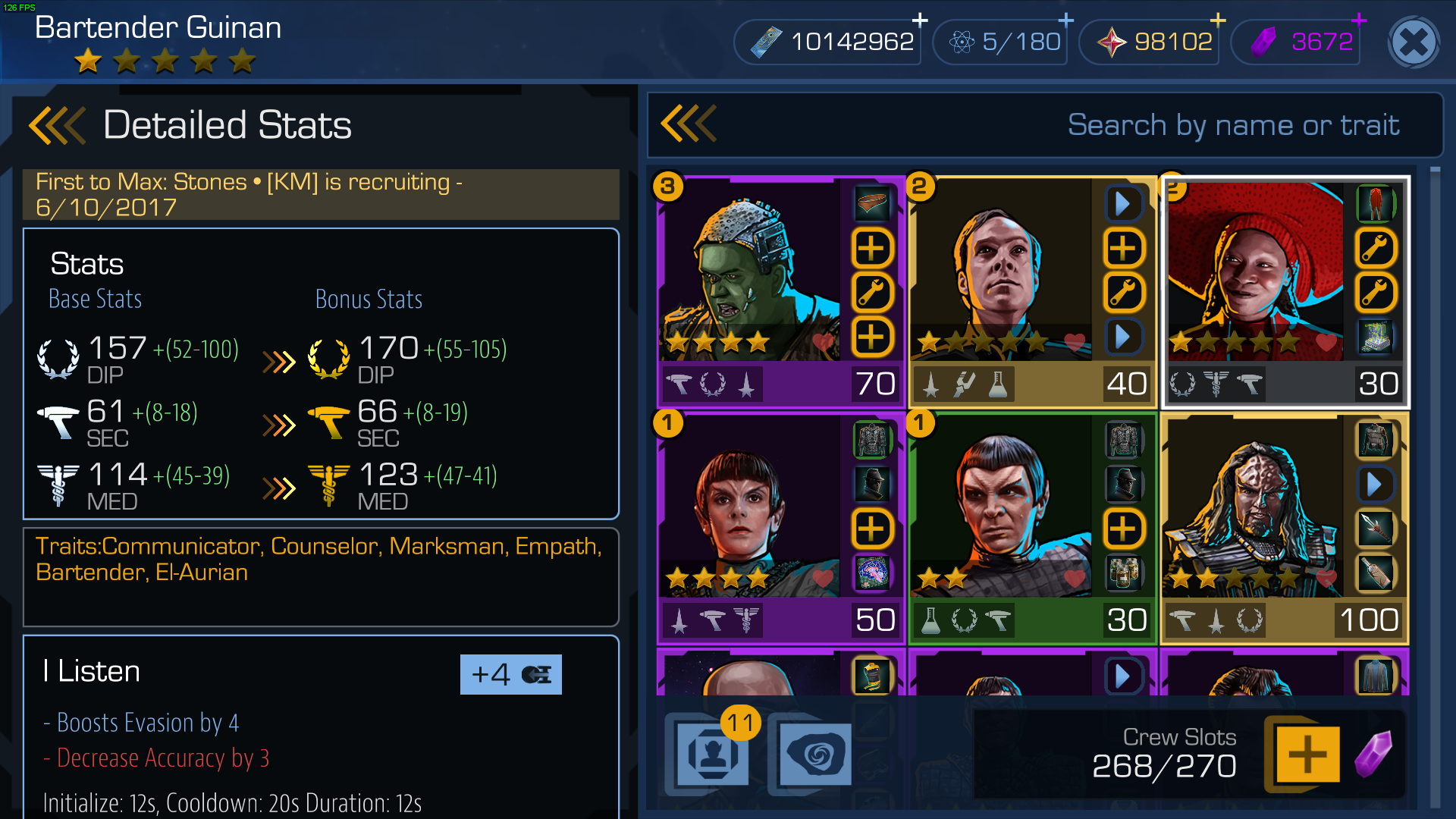