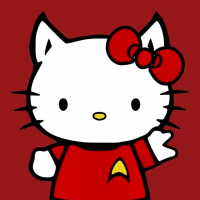 SpaceKat ✭✭✭
September 2019 edited September 2019 in Ready Room
I don’t have many legendary crew yet. I rely heavily on immortalized (or close) Super Rares. I just got an extra (5th star) Section 31 Georgiou and Prof Scott. Are either of them good enough to start working on a duplicate? Should I just dismiss the extras?

On an unrelated note, why is Commander Uhura so terrible? I really liked this crew member and was anxious to immortalize her, but once I started getting close, it was obvious her stats were not going to measure up. 😿😿😿
0