Ironagedave ✭✭✭✭✭
November 2019 edited November 2019 in Ready Room
I see benefits to all leaning towards crusher for some reason. But I do have Neelix and EMA immortalised. I don’t think adding a star to Nechayev is really going to help me on voyages and event potential is well non existent but she was my first legendary. 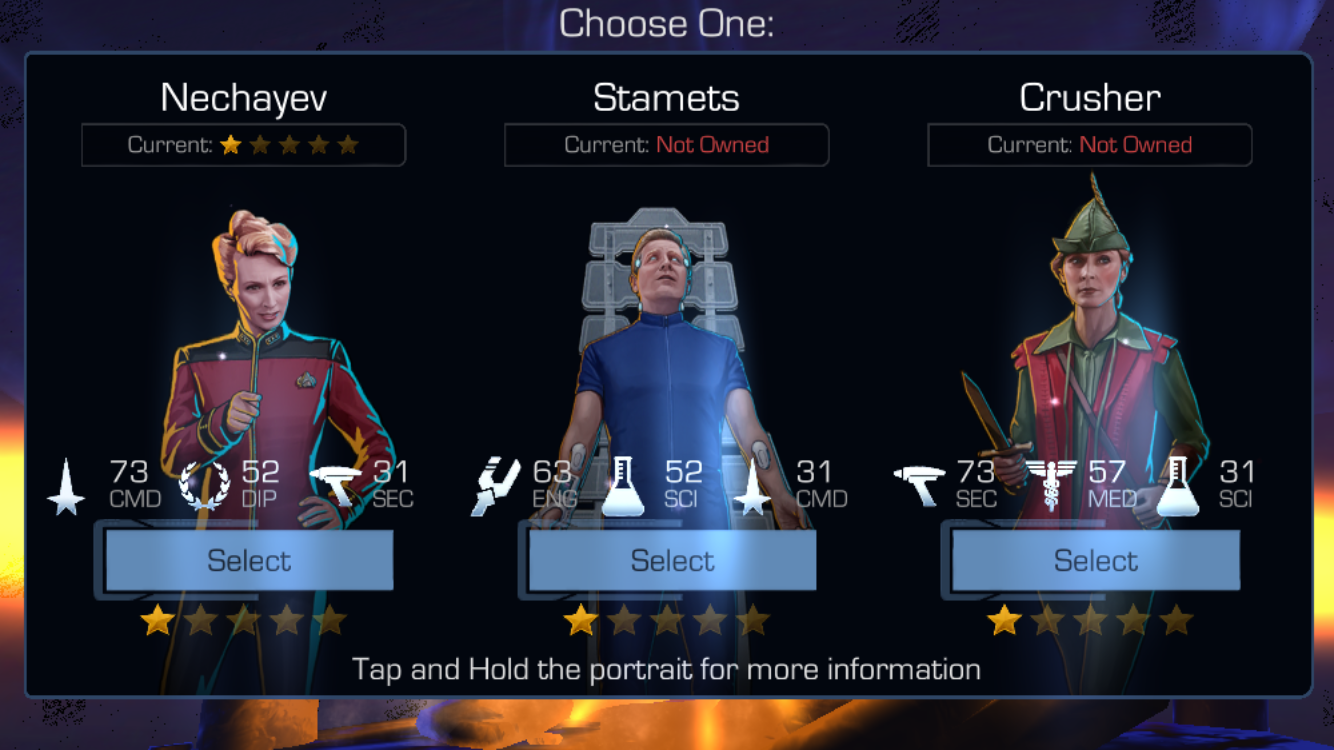 TP: RAISE YOUR STANDARDS, NOT THE GAME INTO THE GROUND