Capt. Crunch ✭✭✭
March 2020 in Engineering Room
This has been happening to me quite a bit lately. I'll receive a daily reward or a campaign reward for a 10x shuttle boost pull, only to greeted by this weird purchase confirmation window when I attempt to redeem the reward. Closing the game and relaunching usually rectifies the problem (also tried deleting game data and cache, but the problem persisted). While not a total game breaker, it's still an annoyance. This issue isn't endemic to just shuttle pulls, I'll also experience it on basic and premium reward pulls. It's doesn't happen all the time, but it does occur relatively frequently. 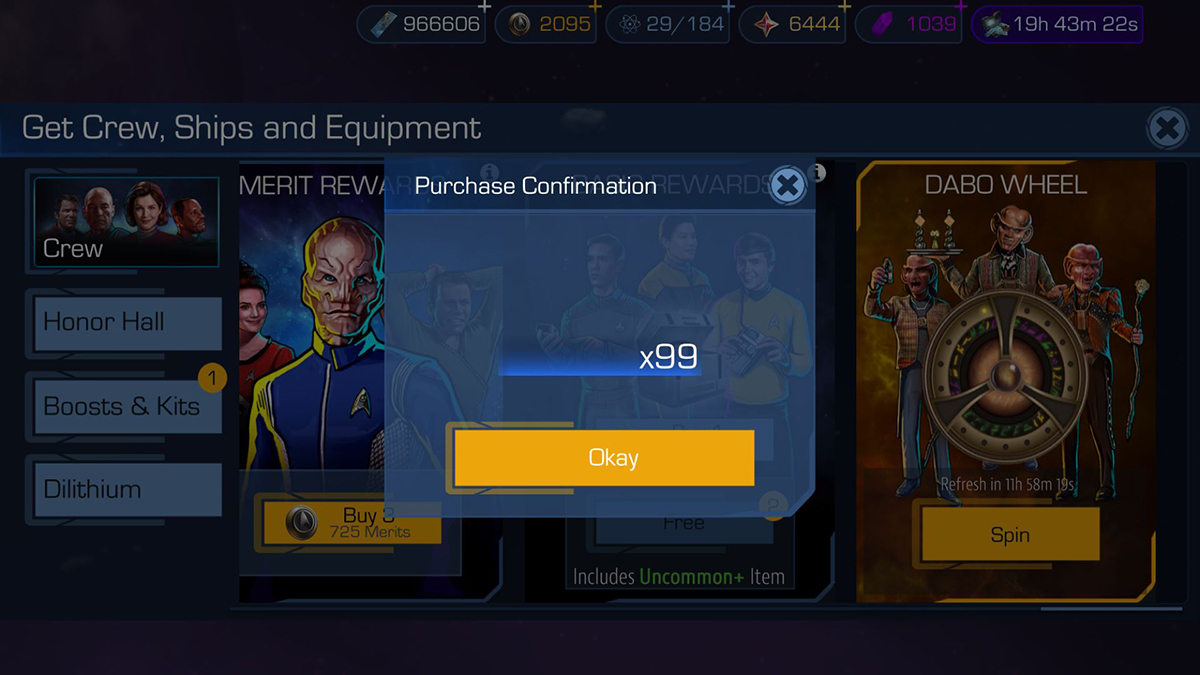