Prime Lorca ✭✭✭✭✭
January 2021 edited February 2021 in The Bridge
I've been playing around with the updated version like several others here. I haven't seen a thread about the cryo vault specifically. There's some cool stuff, like seeing FE, FFFE, and ship ability from the cryo vault. 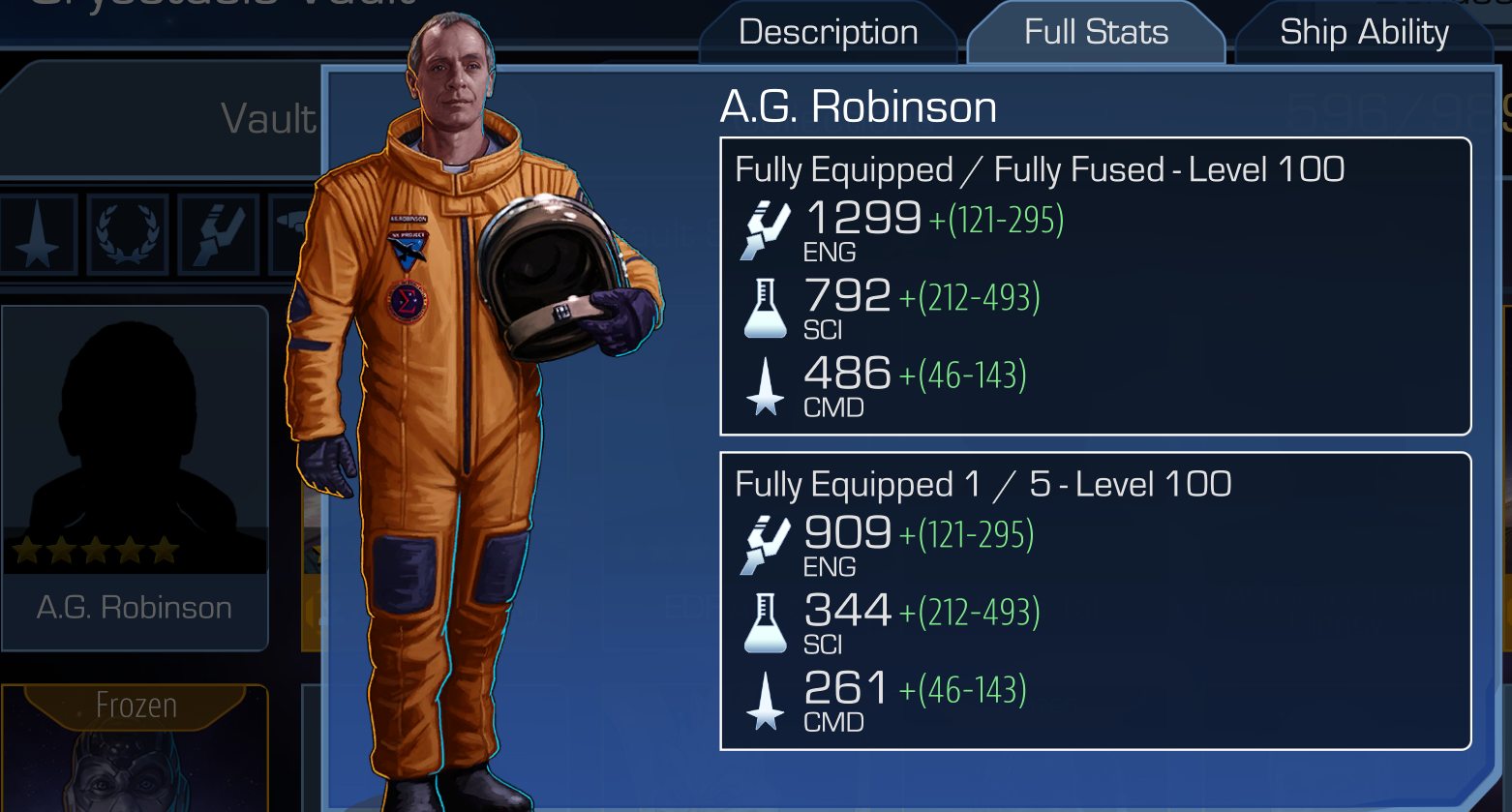 That's pretty handy when you don't have the crew and want to know how they will help your roster. Personally, I think it would be MORE helpful if these stats reflected your individual collection bonuses and fleet starbase bonuses. If that's at all possible, I would appreciate it, WRG.

This, on the other hand, is a big deal and really needs attention, imo. When I pulled up a crew member who I already had immortalized, it showed her starting stats. 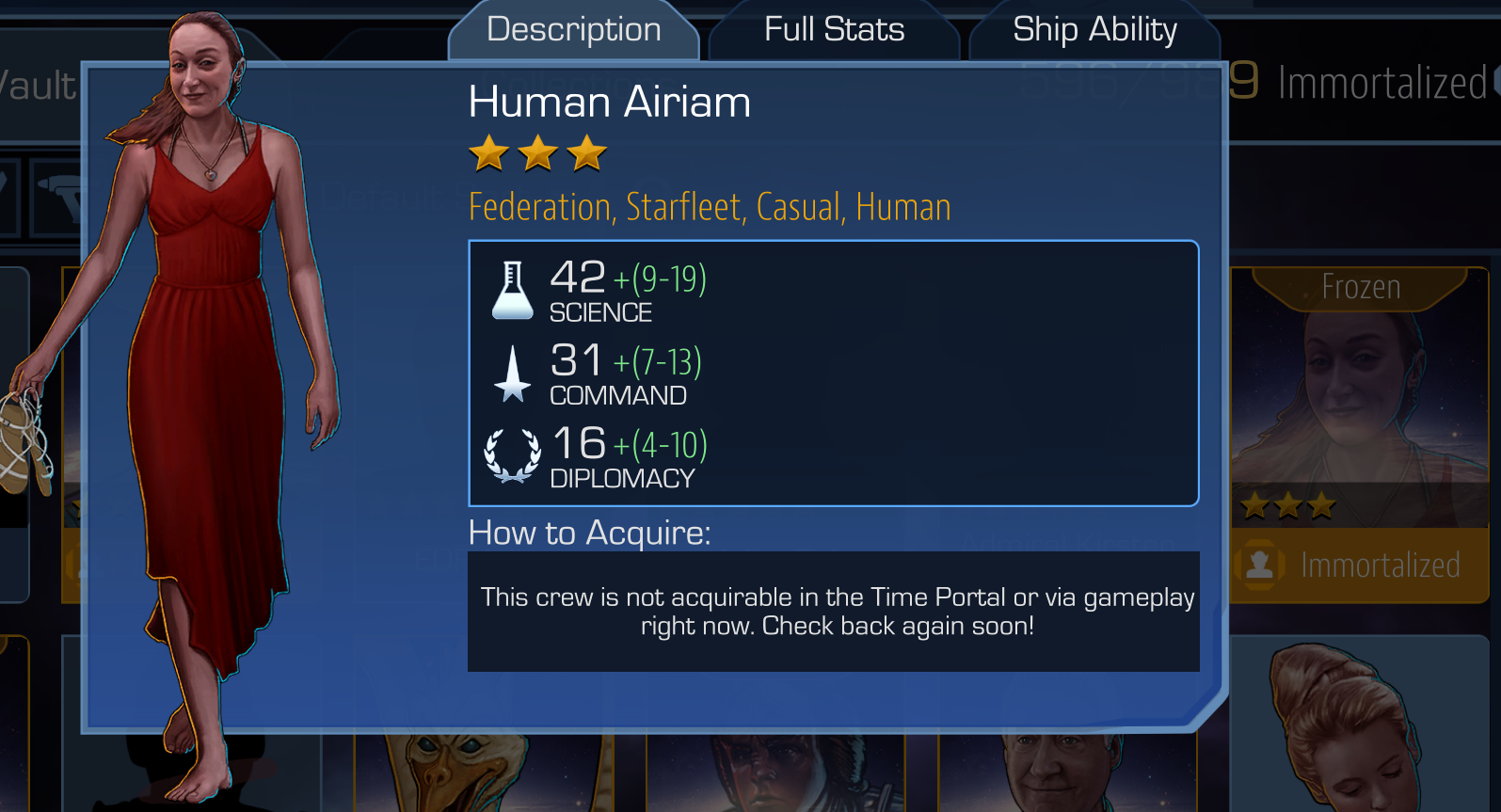 This is a step in the wrong direction. When I am evaluating who I will thaw for events, I want to compare their immortalized stats (with bonuses) to other crew who are frozen, along with those already active on my roster. Yes... I "could" perform an extra click on each crew in the vault to look at their Full Stats. Then I "could" go back to my active roster and click the info tab to see the base stats without bonuses, but... please don't make us do all that.

I understand that Version 8 will be released in stages. Please communicate to the team that at an early stage, we would like to have the stats presented in the cryo vault that we will be using to compete in events or staff shuttles and voyages.