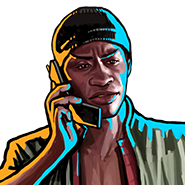 JimBerlin ✭✭✭
July 2022 edited July 2022 in Ready Room
I haven't seen one yet, so I'm starting a sheet that has setups by tier and information about their performance. I have tried to set it so anyone with the link can edit the "submissions" portion. If this is not working for you, feel free to put screenshots on here and I'll update it as I can. If Sheets allows it, I'll grant others permissions to edit those protected ranges and share the load.

Please use Shan's thread for strategy discussion. Use this thread for comments related to this sheet or for submitting scores.

I'll put anything up for now and put an asterisk next to those that haven't had at least four replicates submitted. I've pulled a number from multiple Discords, but that's unsustainable. A Discord server for this tool has been created and an invite link is below. After enough replicates have been run, we can put a bit of statistics on the page and verify with at least one more user testing. I know this isn't perfect because the scores will creep as our Captain's Bridges level up. We'll deal with that later. Let's not let "great" get in the way of "good" at the moment.

Constructive feedback is welcomed. It's a living document and I'm sure it will get cleaned up over time. Hope this helps you all.

NEW - Discord established. I know I have a lot easier time with screenshots through that than here. Feel free to use either if uploading screenshots.
https://discord.gg/Z3dQC74nMZ

Updates:
Navigation page with internal and external links - coming soon
Alternative Builds and Crew Substitutions - coming soon, may be on one page or separated by tier, TBD