Fleet Boss Battle Questions That Have Probably Already Been Answered

Travis S McClain ✭✭✭✭✭
August 2022 in Ready Room
I have the following questions. I'm not finding what I'm looking for in literally hundreds of posts in the main feedback thread, but that doesn't mean it hasn't already been addressed.

What does the green dot signify? I thought it might note who had unlocked a node, but that doesn't seem to be the case. 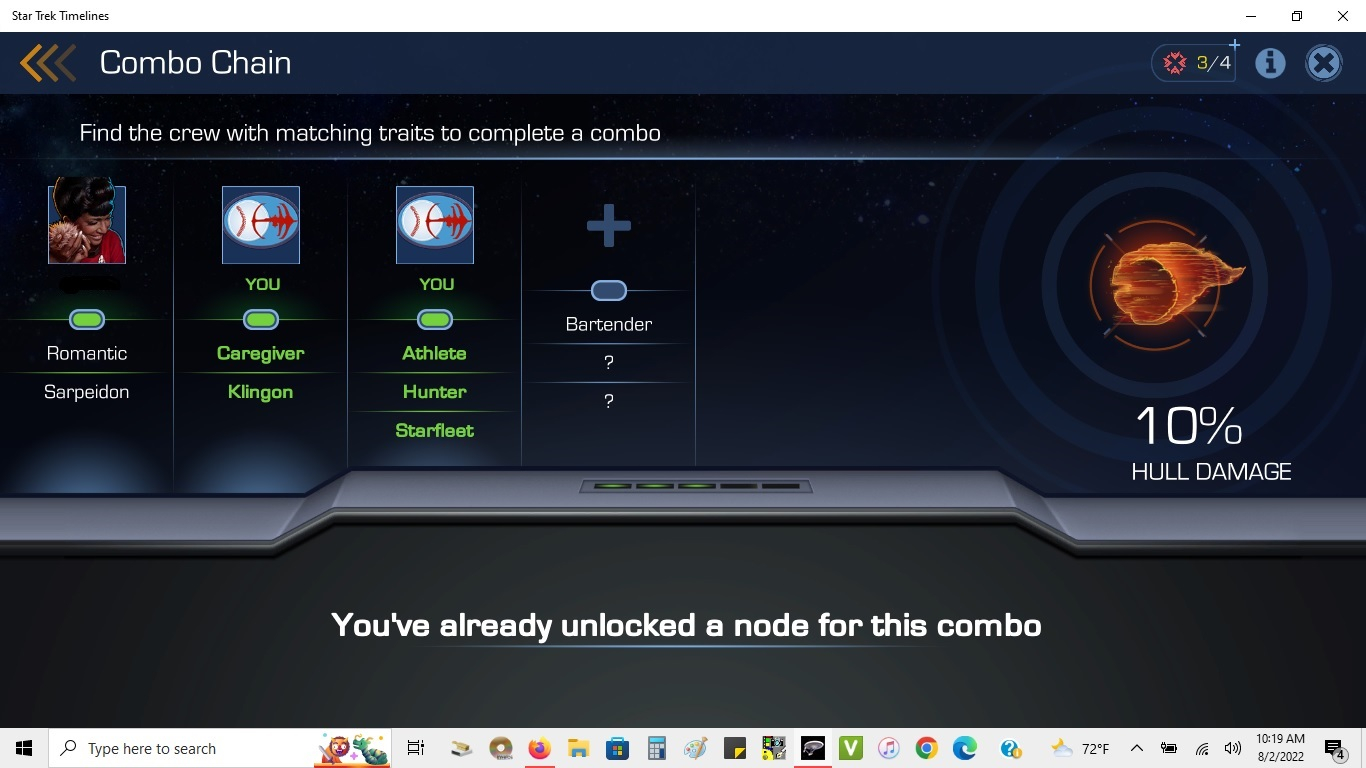 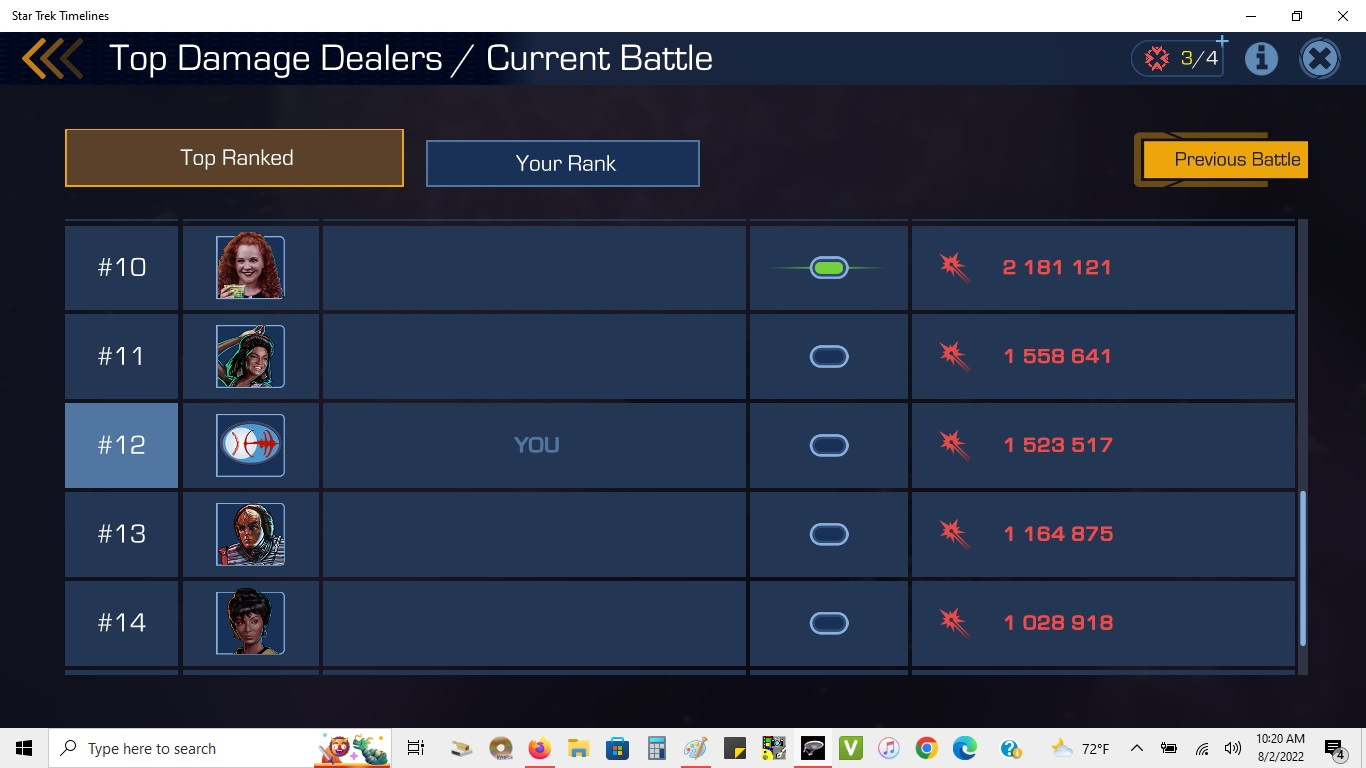 Why does the crew generator sometimes show I don't have any active crew (weirder still that they say "owned") with a featured trait when I definitely do? I don't have screenshots for this one, but it's self-explanatory and I assume others already know what this is.

Are combinations limited to the remaining pool of lit up traits or can a trait appear in more than one node combination? I forget what the particulars were, but we've had at least one instance where it turned out someone unlocked that last node with a trait that was already grayed out.