How does WRG determine how many stars a character get? 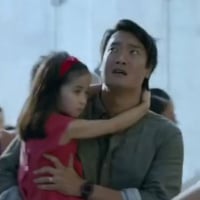 Sulu's Husband ✭✭✭✭✭
October 26 in The Bridge
I have been scratching my head how WRG determines how many stars a character gets in the game. These seems to be no rhyme or reason once you get away from the main cast. There are dozens and dozens of examples that to me seem to defy logic. Take this week for example. Captain Vasso L’Gaelia is in one episode of SNW and gets 5* while Borg Queen Jurati which is one of the main plot lines of Season 2 of Picard only gets 4*. Captain Terrell last week on the Tuesday pack gets 4* yet his role was memorable in ST2 movie while Lara gets 5* being in one episode of TAS. Gorkon was a significant character in ST VI and is worthy IMHO of 5* but Kevin Uxbridge? Of course there is some subjectivity and personal bias, but there are countless choices of 5* that makes you wonder what were they thinking.