Data1001 ✭✭✭✭✭
March 2018 in Strange New Worlds
I grew up watching him as the pompous Major Charles Emerson Winchester on M*A*S*H, and enjoyed him in later turns on the show Frasier, and as the voice of Cogsworth in Disney's classic animated version of Beauty and the Beast.

But one of David Ogden Stiers' most emotional roles was as the Kaelon scientist Dr. Timicin in the Next Generation episode "Half a Life". 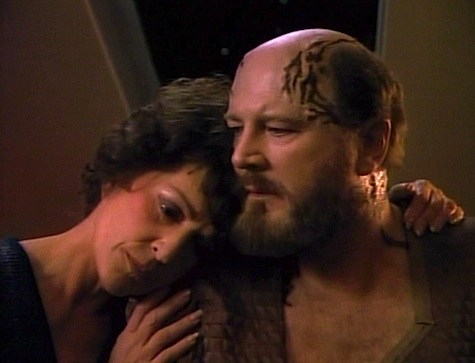 "Alive, I am a greater threat to my world than a dying sun." – Timicin

Could you please continue the petty bickering? I find it most intriguing.
~ Data, ST:TNG "Haven"
2