The main problem with STT 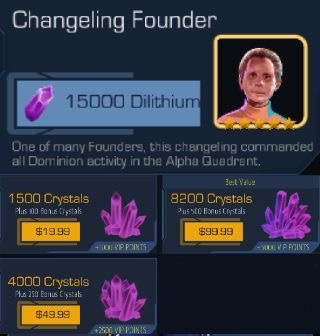 The biggest problem STT has IMO is milking players Star Trek Nostalgia the more you spend the little in return you get. For example look at shuttle percentages both in events and outside events. With recent collection and starbase bonuses the percentages DO NOT swing in the players favour it’s almost like the difficulty increases to facilitate individual player bonuses.

I think DB need to respect their player base a little better before another game studio comes to multi platform with the Star Trek IP who offers value for money.